A Father. A Son. An Unforgettable Journey. 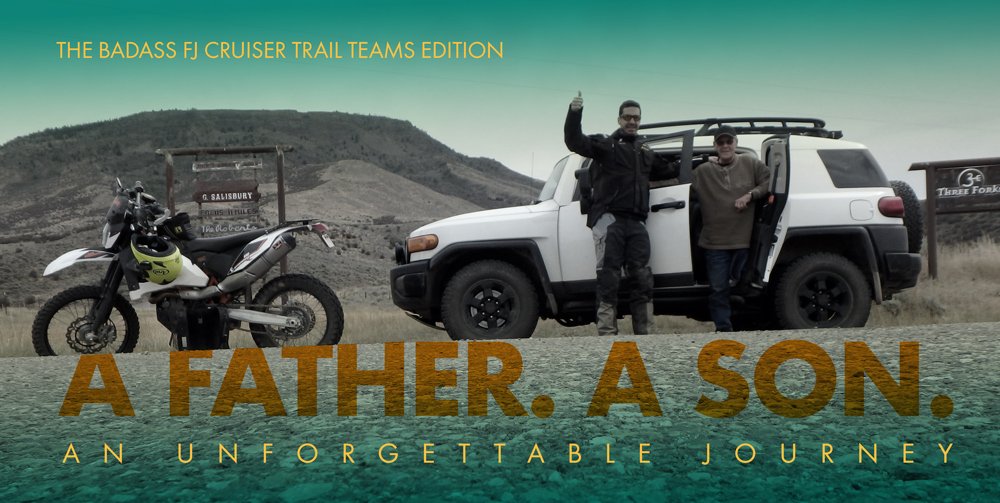 “For Rick, his vehicle is more than just a cool truck; it represents some important memories and stories that will be passed down for generations to come.”

Meet Rick Mayo and his badass FJ Cruiser Trail Teams Edition. We first met Rick and his FJ a few months back when he came to us looking for a shop that truly fit his needs. He needed a shop that could not only properly install some upgrades, but also one that could complete a couple needed repairs along the way to make sure his truck was perfect. Beyond that, he needed a shop he could trust, as this was no normal FJ Cruiser. The guys at our Johns Creek location knew that they wanted to be a part of this build right away, not just for the chance to work on a nice FJ, but also for the opportunity to be a part of Rick’s amazing story. For Rick, his vehicle is more than just a cool truck; it represents some important memories and stories that will be passed down for generations to come. So, as cool as the FJ is, this story is about much more.

Let’s start with the early days of the FJ. Rick was not actually the original owner. His dad bought it brand new back in 2008. This was the

first year they offered the Trail Teams Edition, which was important to his dad, as he had been an avid off-road enthusiast for years. He had other overland vehicles, but wanted something that could handle the trails and be a daily driver. Is there a better choice than the Toyota FJ Cruiser Trail Teams Edition? Well, not according to Rick’s dad, so that’s what he bought, thus beginning his memory making over the years. Rick has been lucky enough to have acquired memories with his dad like this to share and kind enough to let us in on part of his journey.

Before we get too far, here’s a little back story on Mr. Mayo. Rick described him to us as a “gun toting ultra-tough dude’s dude”. Rick’s dad lost his leg to cancer at 19 years of age and refused to use a wheelchair his entire life, but as you will soon see, this didn’t seem to slow him down a bit.

One of Rick’s fondest memories was his trip with his dad on the Colorado Backcountry Discovery Route (COBDR), which is a really nice 744 mile off-road route that takes multiple days to complete. Rick convinced his dad, then 70 at that time, to join him on this journey in 2014. Yep, this 70-year old “gun toting ultra-tough dude’s dude” was going to take on the COBDR, with one leg and his mighty FJ. The trip was a 7-day one, not for the faint of heart, in backcountry Colorado with high mountain passes and winding roads. The FJ rally was in Ouray, the “Outdoor Recreation Capital of Colorado. With Rick’s KTM dirt bike on the back of his dad’s FJ, there rode a caravan made in heaven. Each night, they would return to the same hotel and eat dinner together, as they swapped war stories into the night. Rick recalls it as being one of the best and meaningful trips of his life.

When Rick’s dad was 74, and the FJ had reached 162,000 miles, there was a discussion about the purchase of a new truck. Only a short time

later, tragedy struck and Rick’s dad was found dead while working in his backyard. Though it was shocking and grievous, Rick is thankful it happened the way it did. He is confident it’s the way his dad would have wanted to go – quickly and at home with his family, doing the things he loved. Rick’s mom told him that his dad insisted he have the FJ, and that suited Rick just fine. It needed some work, so after reaching out to a lot of techs in Atlanta, Rick found LechTechs. Not only were they the most knowledgeable, Rick says, but they were the nicest. “You could see they had a unique and fierce passion for what they did,” he says. Rick is so glad to have found a team that parallels his love for Toyota trucks.

Some memories truly do last a lifetime. Though Rick’s dad is gone, his memory is alive and well, one leg and all. His legacy continues, with this FJ as a tangible reminder of an inseparable bond between a father, a son, and an unforgettable journey.

Rick – From all of us here at LexTechs, thank you for allowing us to be a part of your unforgettable journey. Your Dad’s legacy will live on forever with us.

Are you a LechTechs customer with a car story?
If so, we’d love to hear it. Contact us here and let us know a little more.

Need help with your Lexus or Toyota overland build? Give us a call or request your appointment online today. Locations in Johns Creek and Decatur.